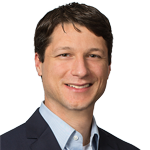 Mr. Keller has been practicing law since 2006 and is a partner in the firm’s land use and bankruptcy practice groups.  His areas of expertise include real estate and environmental litigation, land use entitlements proceedings, and creditor representation in bankruptcy cases.

One of Mr. Keller’s greatest strengths is a broad base of experience in litigation and transactional land use matters.  As a litigator, he has defended hotel and housing projects against challenges under the California Environmental Quality Act; represented Fortune 500 retail chains in eminent domain proceedings; prosecuted commercial landlord-tenant and loan default cases; and resolved numerous disputes involving takings claims, boundary issues, easements, mechanic’s liens, and water rights.  His litigation experience also informs his approach to other land use matters, such as representation of developers seeking entitlements, buyers conducting due diligence, and property owners impacted by development on neighboring parcels.  In all of these settings Mr. Keller applies a practical approach that starts with a strong appreciation for his clients’ priorities and an understanding of his role as both advocate and advisor.

In addition to his land use practice, Mr. Keller has also built a nationwide practice representing landlords and other creditors in bankruptcy proceedings.  He has represented everything from large institutional investors to small businesses in cases venued everywhere from San Diego to Connecticut.  Mr. Keller’s experience includes large, complex cases such as Sanchez Energy, in which Mr. Keller represented the owner of the debtor’s corporate headquarters, and Sears, in which he represented three different landlords with nine separate properties.  Mr. Keller has also served as court-approved attorney for receivers, referees, and bankruptcy trustees, helping them analyze claims, resolve disputes, and win authorization to sell distressed assets.

Mr. Keller is also actively involved in the legal community.  He has served as the Chair of the San Francisco Bar Association’s Commercial Law & Bankruptcy Section, the President of the California Receivers Forum Bay Area Chapter, a member of the Bay Area Bankruptcy Forum’s Board of Directors, and Education Co-Chair for the California Bankruptcy Forum Conference. He has been named a Northern California Rising Star by SuperLawyers magazine for every year from 2013 through 2020, and is frequently invited to lecture on real estate and bankruptcy-related topics for local professional groups.  Mr. Keller speaks fluent German, and has done pro bono work representing Holocaust survivors applying for benefits with the German government, as well as fundraising work for the Bay Area Urban Debate League.

Undergraduate School: University of California, Berkeley. Law School: University of California, Hastings College of the Law. While an undergraduate, Mr. Keller was the President of the UC Berkeley debate team from 2000 through 2002. As a law school student, he earned awards for academic excellence in Civil Procedure, Constitutional Law, Advanced Environmental Law, Negotiation & Mediation, and Legal Writing & Research. He also won the National Environmental Law Moot Court Competition in New York, and was a regional winner and national semi-finalist at the National Appellate Advocacy Competition in Chicago. He joined the firm in September 2016, after starting his career at Ellman Burke Hoffman & Johnson and spending six-and-a-half years at Buchalter in San Francisco.

Land Use, Litigation, and Bankruptcy

o    Lead counsel for the California State University in litigation initiated by a host city under the California Environmental Quality Act to challenge the University’s approval of a new master plan for one of its campuses, winning a judgment that denied the challenge, in its entirety.

o    Represented a group of real estate investors seeking relief from a city’s downzoning of their properties, winning an injunction to stop the zoning change based on evidence of illegal involvement by the City’s mayor obtained by Mr. Keller through a Public Records Act request.

o    Defended a commercial landlord against a bankrupt tenant’s attempt to retroactively reject its lease, leading to payment of several hundred thousand dollars in administrative rent and an order confirming the landlord’s right to take possession and dispose of all remaining personal property without risk of liability.

o    Served as court-approved counsel for a receiver over a hotel property, winning approval for the sale of the property despite repeated objections from a third party, and dismissal of a federal court lawsuit against the receiver and issuance of a state court order denying authorization to sue the receiver.